Any wife coming before the court today on a divorce seeking a maintenance order for the rest of her life has a high hurdle to climb.  These orders are much harder to achieve than say 10 years ago and in the cases coming from the higher courts the judges are taking the view that, after a period of support, almost any former wife can gain employment.  In the 2014 case of SS v NS, Mr Justice Mostyn gave 11 principles which should be considered in all cases for spousal maintenance, but wives in particular should be wary of this statement:

“an award should only be made by reference to needs, save in the most exceptional case where it can be said that the sharing or compensation principle applies”

It is also not the case that one can be wholly creative with the budget sought, to take reasonable needs up to more of an ‘equal share’.  In a case last year of BD v FD, the wife put in a budget that was more than double what the family had spent each year as a whole during the marriage.  There the Judge paid attention to the husband’s evidence of the level of family expenditure when setting a realistic budget for the wife’s reasonable needs.

Varying joint lives maintenance orders
So for husbands who are subject to payments under a joint lives maintenance order, is this the right time to seek a variation?  Some might be worried that their own income has risen in the meantime: could this mean a risk of an increase rather than a  decrease?  The view coming from the courts appears to be that an increase in the payor’s  income alone will not be sufficient to justify an upward variation, unless the original order was set at lower than what the wife truly needed, because the husband could not afford what was actually needed.

The clearest opportunities for upward variation are a deterioration in the wife’s circumstances, say loss of earning capacity through illness (her own or the children) or, possibly, loss of a cohabitee whose contribution to living costs had been taken into account previously.

There are cases where, although a joint lives order is granted, there is also an expectation on the wife that after a defined period she would start to contribute financially.  Where this is the case, a husband may well succeed in a  downward variation application or even a dismissal if the wife has not taken any sensible steps to enhance her own earning ability.  In Wright v Wright  (2015) such an order had been made.  The husband’s own financial position then deteriorated and he applied  to reduce his payments to the wife.  The Judge reduced the amount of maintenance in staged payments over 5 years and then brought the order to an end.  In doing this, he considered that the wife could earn £20,000 in an administrative or clerical job, although she was not earning that at the time the matter was before the court.

There was a similar approach in the above case of SS v NS (although not a variation of maintenance case) where the Judge suggested that the wife could earn £32,000 per year as a pilates instructor even though she had not yet qualified and was still in training.

Joint lives orders increasingly rare
Against the background that a court would only rarely grant a joint lives order afresh today, and the more robust assumption that a wife could and should earn, a husband should be reasonably confident that a lifetime order can be reduced in term if not immediately in amount.

However every case turns on its own facts and any party seeking to alter an existing maintenance order should seek expert legal advice.  Sometimes there is  specific provision within the order itself that will make it more difficult to succeed in a downward or upward variation, so the first place to start always is consideration of the previous order in full.  It is also not advisable to reduce payments before the matter has been considered by a Judge unless the payor has suffered a significant reduction in or loss of earnings.

How to sort out Children Arrangements on Relationship Breakdown

The court takes the view that in most cases the best people to work out children arrangements upon relationship breakdown are their parents.

New Divorce Law – No Fault Divorce is on its way

No fault divorce is finally on its way for those planning to divorce in England and Wales. Learn about how it will work.

Here we address what can be done to avoid problems when cohabiting parties separate. Note that there have not been any recent major changes of the law in this area. Cohabitees continue to have limited [...]

Disregard entirely the law relating to marital breakdown when it comes to cohabitation. The following are the principle misconceptions many people hold and need to be corrected … 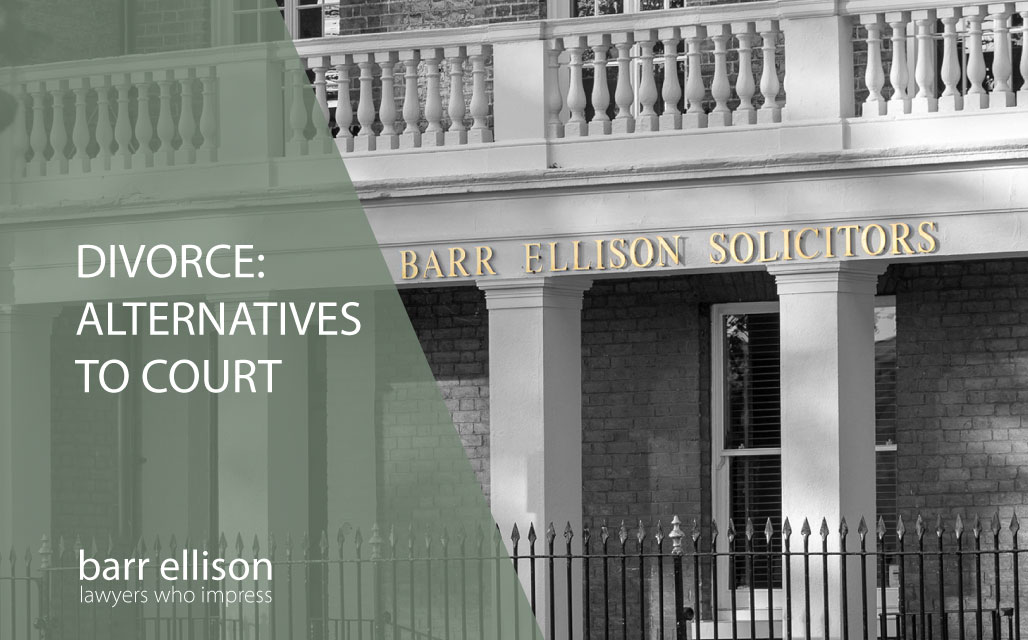 Resolving financial matters by making an application to the court may not be the best route for every couple facing divorce. For some, alternative dispute resolution methods such as mediation, collaborative law and arbitration offer [...]